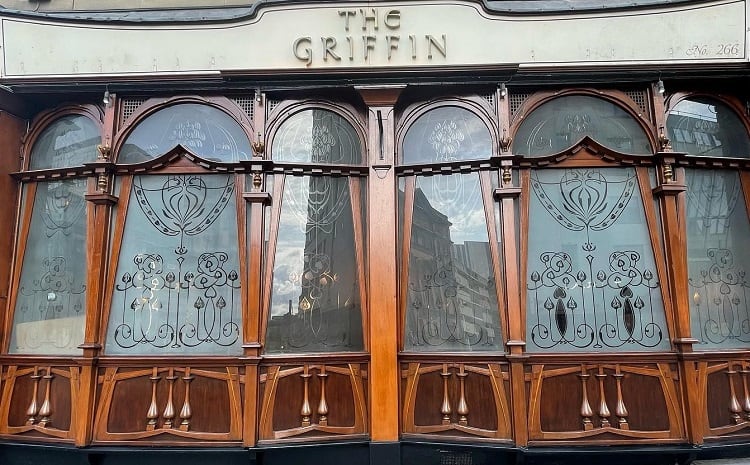 One of Scotland’s oldest and most traditional pubs, The Griffin in Glasgow, has been bought by the owner of the Isle of Skye Brewing Company, signaling his first decision to branch out into the licensed trade.

Kenny Webster bought the iconic bar, which has operated on the corner of Bath Street and Elmbank Street since 1903, from city publican and entrepreneur Oli Norman for an undisclosed sum.

The Griffin, which has stood empty since March 2020 after being forced to close during the pandemic, is due to reopen this week after a £40,000 renovation.

Webster, who also owns Black Wolf Brewery in Throsk, Stirlingshire, and North Coast Brewery in Kinloss, said he had been planning to buy a bar for some time but was waiting for the right one opportunity.

The businessman, who will employ 15 people, is aiming for a turnover of £1million in his first year in business, doubling to £2million by the end of the third year .

Webster said of the move, “As a brewer, it’s natural to get into the licensed business, but I wasn’t going to acquire a pub just for the fun of it,” he said. “It had to be the right one and when the Griffin became available I knew it was it. It ticked all the boxes.

With one of the biggest independent brewing interests in Scotland already, Webster hasn’t ruled out buying more outlets.

While new copper fonts have been installed, many of the original fixtures and fittings have been restored, including the original horseshoe-shaped oak bar and tables, while the ornate paneled facade of grade A timber has been revamped.

Interior lighting has been replaced with over 200 LED lights to save on energy costs and make its operation more sustainable.

The bar and lounges will serve a range of cask-conditioned ales, including those produced by the Isle of Skye Brewery, as well as wines, spirits and traditional pub fare, home-brewed by the Griffin’s resident chef.

A separate function space for up to 70 people will be available for hire for parties and events and there are also plans to host live music events.

Webster said he did not plan to make any significant changes, adding: “The great charm of The Griffin is that it never changes. People keep coming to it because over the decades it has retained the same welcoming blend of warmth, friendliness and familiarity.

“Stars appearing at The King’s love it because it’s a home away from home, a place where they can go for a quiet drink after their show and have fun without being harassed or harassed.”

He added: “We never considered changing this winning formula, all we did was freshen up the look of it.

“When you take charge of a place as iconic as The Griffin, you feel responsible for respecting people’s feelings for the place and exceeding their expectations. We are convinced that we have done it.

The 120-year-old haunt, formerly The King’s Arms, has long been a favorite watering hole for performers at the nearby King’s Theatre. Named after publican William Griffin, who owned and ran the bar in the 1960s and 1970s, it has been a much-loved destination for generations of regulars, students, office workers and revelers visiting in downtown nightclubs.

Phil Differ, the comedian, writer and producer behind shows like Scotch & Wry, Naked Video, Chewin’ the Fat and Only an Excuse? He did a one man show there.

The pub was also heavily policed ​​in Espedair Street, a novel by Scottish author Iain Banks.

Webster said: “The Griffin is such an iconic landmark that even people who have never been there noticed its closure and wanted to know what was happening to it.

“Since we started working on the renovation there has been a lot of interest locally, as well as all sorts of rumors and discussions online. It is clear that this means a lot to the people of Glasgow and we are delighted to move him forward into the next chapter of his life.

John Winter. // Courtesy of Lone Tree Brewing Company It’s almost spring in the Midwest. The weather is warming up, which means it’ll soon be time to sit outside with your beverage of choice, hang out, and enjoy the fact that you’re not chilled. While some may opt for cocktails and others for wine, there’s […]