Last month in Guangzhou, China, the Brewers Association, an organization representing more than 5,300 American craft brewers, hosted a reception for more than 50 representatives from upscale bars, restaurants and hotels, followed by an American craft beer-themed pairing dinner for 20 managers food service and five-star hotel chefs. The rally took place at the American restaurant The River House. Attendees learned about contemporary American craft beer offerings and learned how these beers can be deliciously paired with Chinese cuisine.

Despite the presence of many prominent figures from the Guangzhou culinary scene, the star of the dinner was undoubtedly the six beers from the United States, which ranged from a hazy IPA to imperial stouts and a fruity sour, covering all the range of the most popular craft beer categories in the United States today. The dinner was hosted by The River House founder and chef, Michael Rosenblum, who specially curated a nine-course menu of modern Chinese dishes to pair with the beer list. In doing so, Rosenblum has leveraged a unique understanding of Chinese cuisine honed over more than 20 years of living and cooking in China. Prior to founding The River House, Rosenblum served as personal chef to US Ambassador to China Gary Locke and was in charge of the entire US diplomatic complex in Beijing under Ambassador Max Baucus. 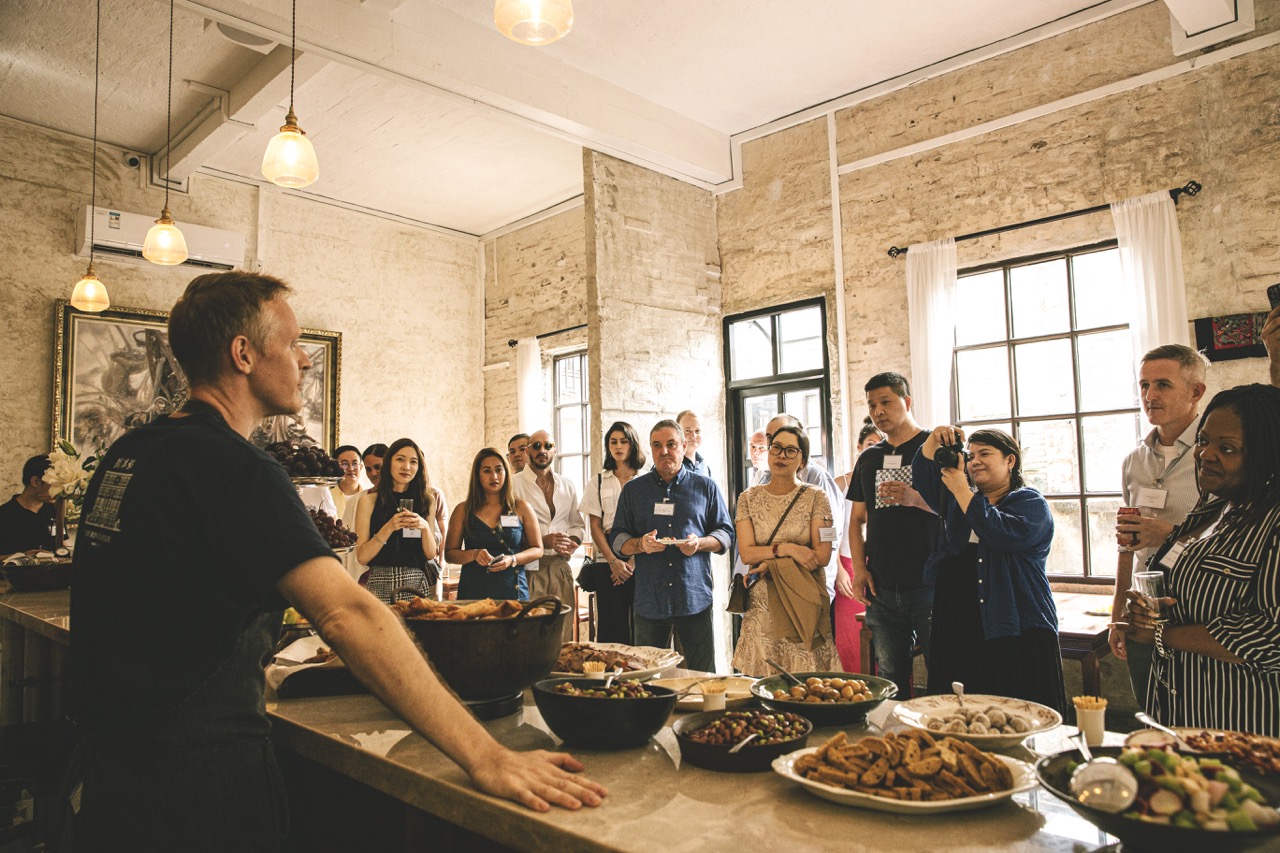 “Fermented beverages have been central to Chinese culture since the earliest civilizations arose along the great rivers of the northern and central plains,” said Rosenblum, who alternated between fluent English and Mandarin during the event. “From community feasts to funeral rituals, these simple brews were essential to cultural exchange and, quite literally, to the creation of cohesive civilizations. While European-style beers only appeared in China a little over a century ago, beer has found a significant place on the Chinese table. Our hope in creating this event was not just to reconnect our guests with all of this history, but to really share with them how American craft beer pairs so well with Chinese cuisines. 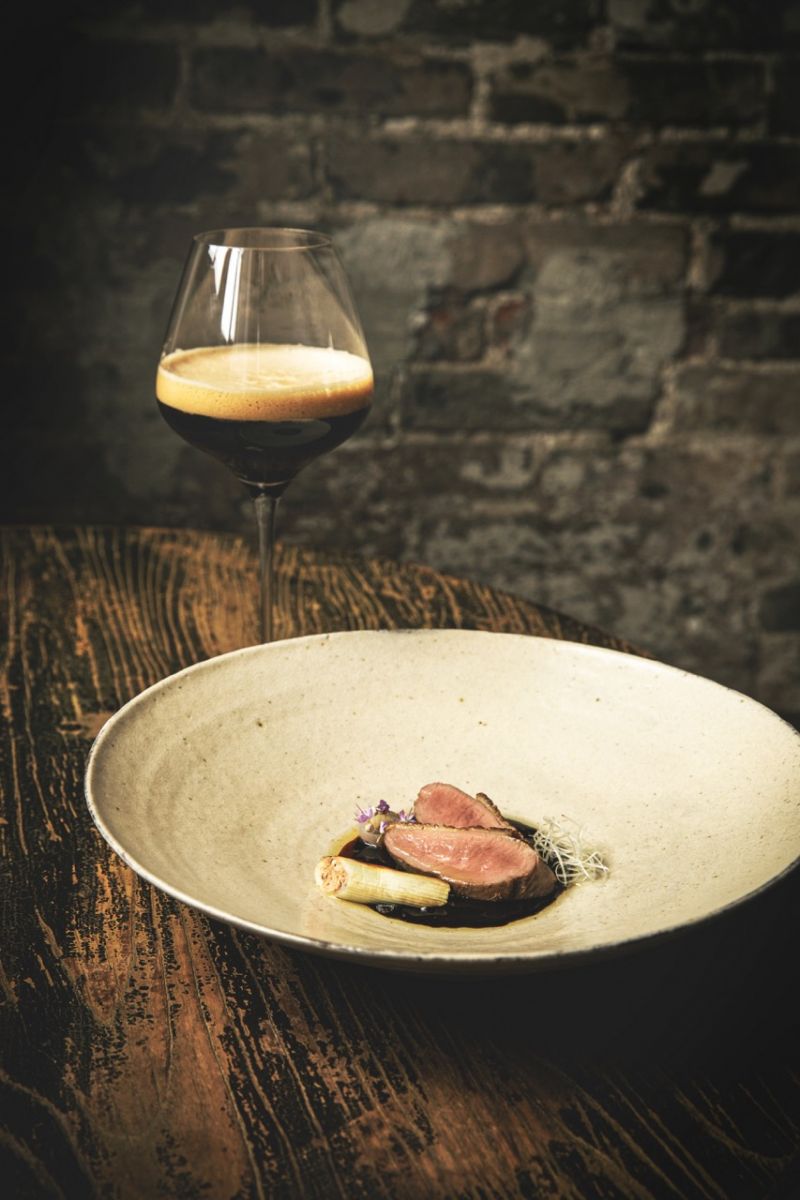 The dinner started with a refreshing Ruekeller: Helles from The Bruery, which was accompanied by three exquisite cold starters, including Chengdu-style eggplant and bamboo with a green onion and green peppercorn sauce. The crisp lager and pepper sauce worked together to whet the appetites of guests. 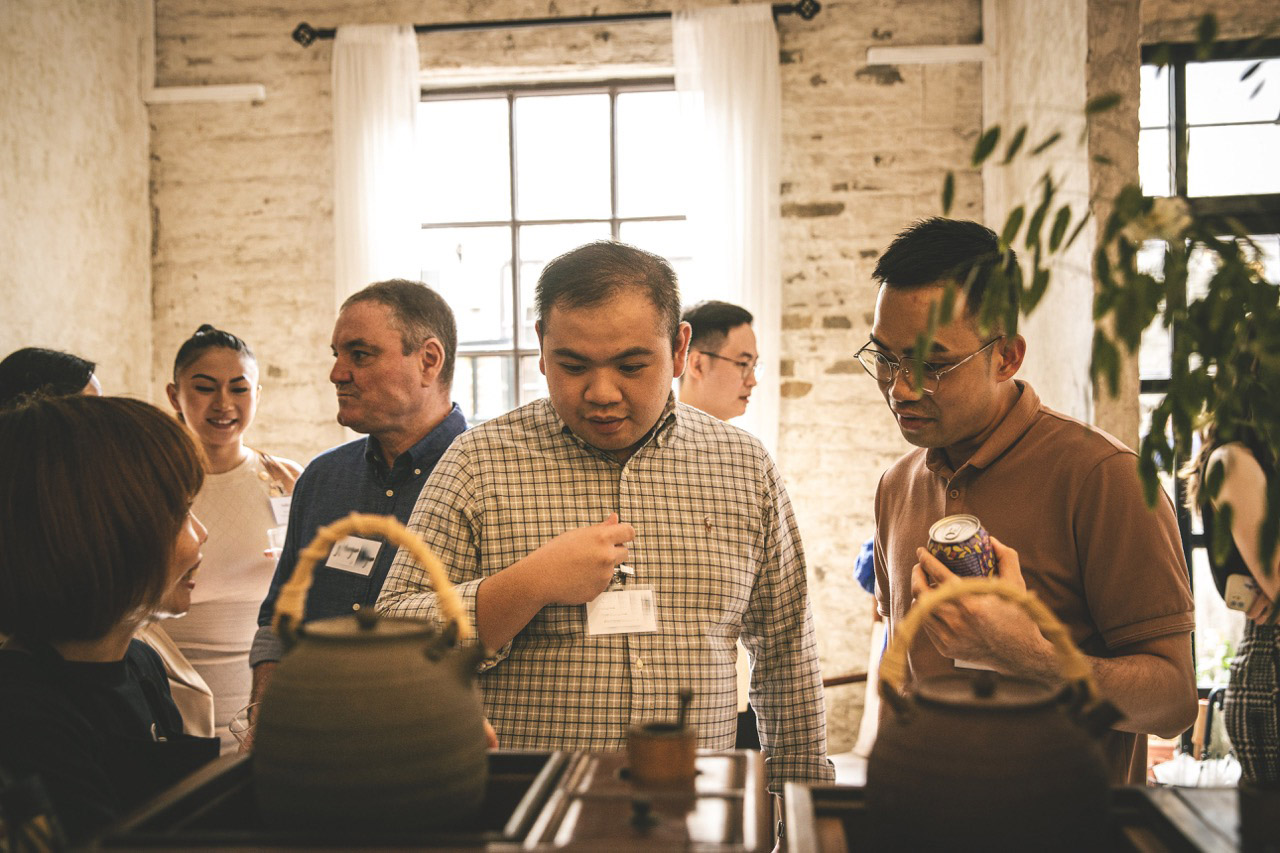 From there, American craft beer and Chinese food pairings continued to blend Eastern and Western flavors as a Duet IPA (an example of an American IPA) from Alpine Beer was served with a stir-fry of Cantonese style. Then an Imperial Yeti Stout from Great Divide Brewing accompanied a Tibetan-inspired venison dish. On the next round of pairings, Belching Beaver Brewing’s Peanut Butter Porter paired perfectly with lychee-smoked Peking duck with fermented bean paste, followed by pea shoots in slow-simmered duck brodo .

Later, when they were treated to raspberry sorbet made with a Sierra Nevada Brewing Wild Little Thing Fruity Sour made with malted barley, oats and wheat and flavored with guava, hibiscus and strawberry, guests learned that, just like wine, beer can be used as a culinary ingredient to imbue dishes with a distinctive complexity of flavor. 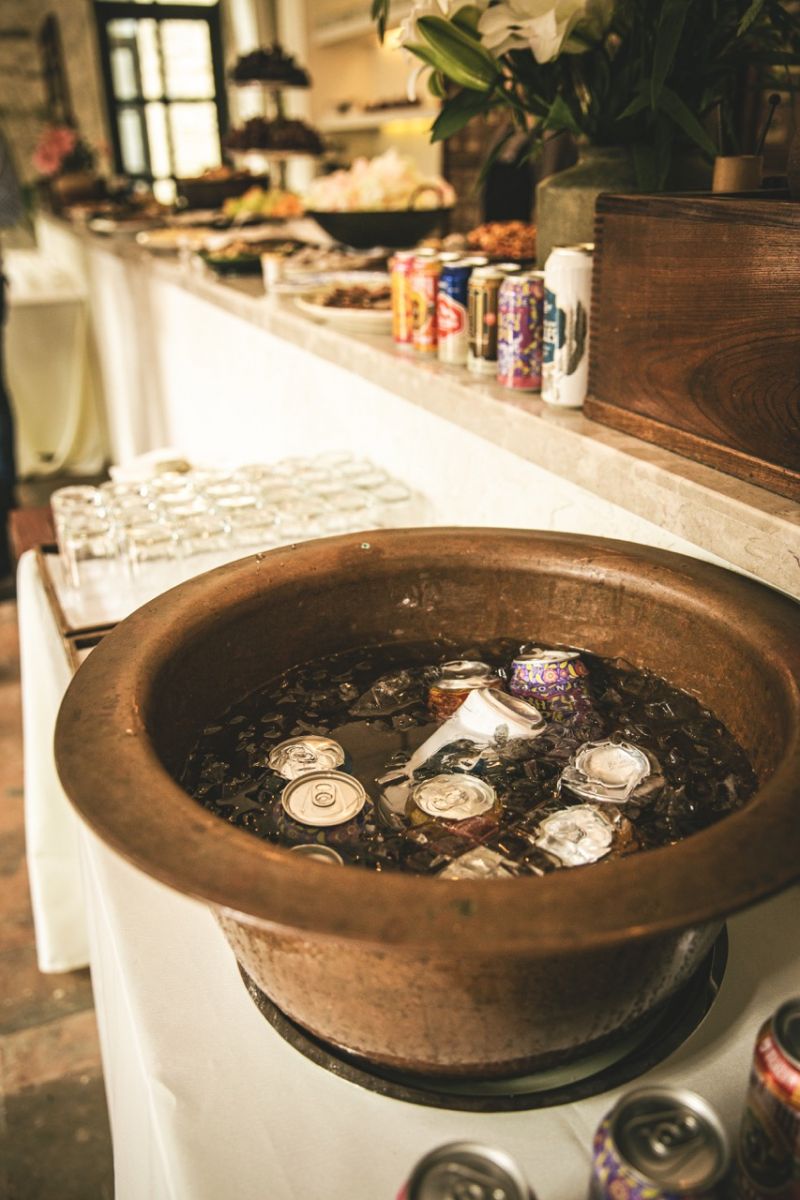 The sumptuous meal was capped off with a final blend of bold American and Chinese flavors: a glass of American IPA and a rice-based dessert in the style of the She ethnic minority.

The six American craft beers showcased at the Brewers Association pairing dinner have already been on the market for several years and are becoming increasingly well-known among Chinese consumers. The Brewers Association has hosted a series of events in China over the past several years aimed at educating the market about America’s craft beer heritage and product offerings, as well as increasing understanding of global culture. craft beer. 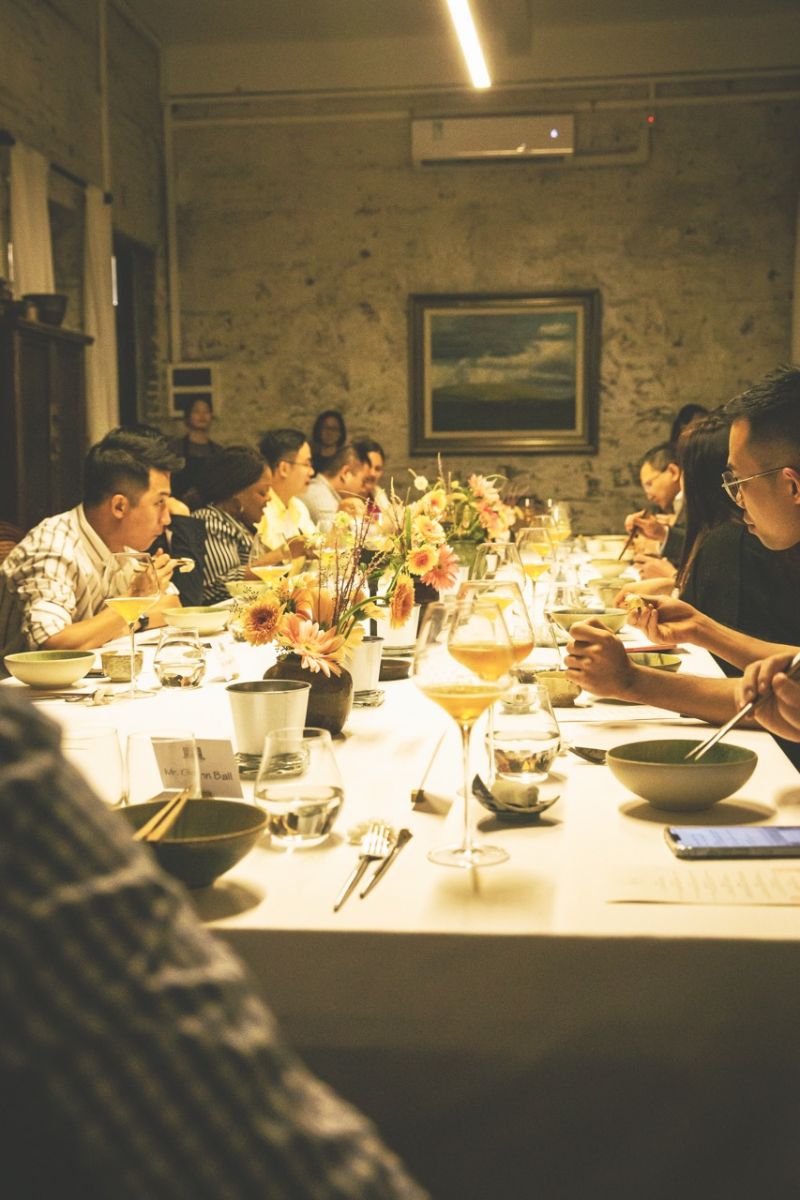 The rapid growth of the Chinese craft beer market has made it the sixth largest export market for American craft brewers. The United States exported more than 13,000 barrels (1.5 million liters) of beer to China in 2021, up 3% from 2020. Chinese consumers are increasingly interested in beer artisanal and constantly developing a more sophisticated understanding of it, creating great potential for consumption. driven by the combination of American craft beer with the rich and diverse cuisines of China.

As was shown at the Brewers Association dinner in Guangzhou, American craft beer is very diverse. So it’s usually possible to find a style that will pair perfectly with a particular Chinese dish. With the combination of great beer and great food opening a new door for cross-cultural understanding and appreciation, the continuous flow and fusion of flavors will continue to create new possibilities for American craft beer in China.

the Brewers Association (BA), the non-profit professional association dedicated to small independent American craft brewersannounced the recipients of its first Mentor of the Year Award: Annette May and Ramon Tamayo. “Through the broader mentorship program and our wonderful volunteer mentors, we are moving the needle forward in the craft beer community by providing people with […]