When browsing through a list of craft beer luminaries who have had the most significant impact on the industry, names like Charlie Papazian, Michael Jackson, Garrett Oliver, Kim Jordan, Ken Grossman, Sam Calagione, Natalie and Vinny Cilurzo are often quick to fall. language. However, for the average beer drinker, Julia Herz is a name that may not be as commercially recognizable as the others, but one that continues to have the most lasting impact on today’s beer landscape. craft beer.

Herz has been a lifelong beer educator and marketer, including two stints with the Brewers Association (BA). In her most recent role, she served as director of the Craft Beer program for 13 years, before falling victim to the BA’s mass layoffs amid the pandemic in June 2020. While at the BA, Herz also performed instrumental role as editor of CraftBeer.com and also helped co-author Beer pairing: the essential guide for pairing pros and CraftBeer.com Beer and Food Classes.

Over the past year and a half, she started HerzMuses Enterprises, which provided brewery consulting services to breweries across the country. But now it’s all coming full circle as it was announced two weeks ago that Herz had been brought back to the position of executive director of the American Homebrewers Association (AHA).

We caught up with Julia to find out a bit more about her decision to return to the BA, what the decision means for her work as a consultant, as well as what she has planned for the organization after a year away. . 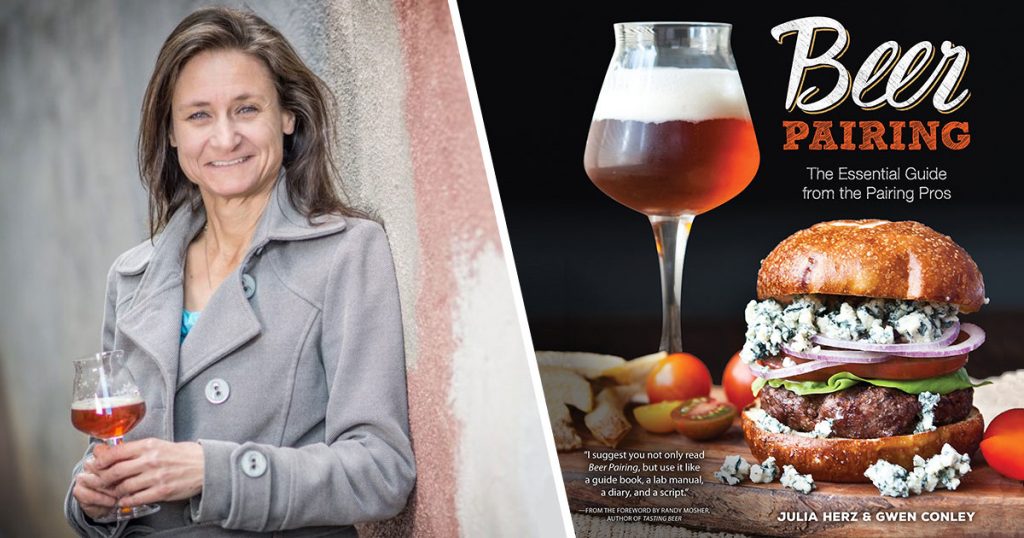 PorchDrinking: You were a strong supporter of the Brewers Association even after you left. So what led to the decision to return for this role?

Julia Hertz: An opportunity like this comes once in a lifetime. Moreover, I have always believed strongly in the power and the real need of the national association. The Brewers Association, parent organization of the American Homebrewers Association, has helped grow independent craft breweries to over 8K in the United States, which is now a business community with over $20 billion in annual sales. Additionally, the commitment to developing home brewing directly led to the craft beer movement. I am honored to be working for my former employer again. This is also my third tour of duty. I was Sales Manager for the Brewers Association from 1998 to 2001, then Craft Beer Program Manager from 2007 to 2020.

My first batch of home brew was in 1991. Yes, I’m 53 and have been brewing since I was 20. It was a Scottish beer. I always joke that we added way too much corn sugar, but it still shook. I had homebrewing in mind since I was little, because my brother had a collection of beer cans. My parents used to take us to the Brickskeller in Washington DC to help build their collection. They drank beer and accompanied it with food, and it was always happy family outings. So I was not even ten years old and already looking at beer in different packages with various labels and stories.

Home brewing is such a rewarding hobby, and I knew that once I turned 21, I would start making beer. Now I have many awards under my belt, including a medal from the National Homebrew Competition for an old beer I brewed with my husband. I encourage everyone to make a batch of beer and enter this contest. This is the greatest to win a medal for sure.

I really enjoy tinkering in the kitchen and making beer on the patio too. I don’t have a specific style that I like to brew the most. I change it a lot. In December, I’m preparing to brew in honor of Charlie Papazian, who founded the American Homebrewers Association, along with Charlie Mattson and many more amazing people. Charlie also picked my name off a top hat at a beer festival in 1995 and gave me free membership in the American Homebrewers Association. How’s that for fate?

So back to the beer… in December I’ll be making a recipe from Charlie. It’s a Hoppy Lager. I’m also looking to make the Brave Noise Beer Batch to commemorate the refreshing record we currently find ourselves in, talking about discrimination and prejudice in our culture and drinking alcohol. I would also like to make a beer from any recipe by Gary Glass, who was the former chef of the AHA before me. Gary knows beer and is now a master brewer at Left Hand Brewing in Longmont, CO. I’m so lucky to have him and Charlie P. as friends and coaches for this new role.

What do you hope to accomplish in this role as the AHA’s new Executive Director?

I seek to take what is already available through world-class AHA member benefits and bring it to a wider audience. It is essential to remove the intimidation factor of ‘shuffling’. If you can make soup, you can make beer. I’m also looking to help introduce not just the ‘how to brew at home’ resources, but also ‘why we brew’. There are so many amazing home brewer stories to share.

Additionally, encouraging all walks of life to prioritize brewing is high on the list. Beer has no gender, and if anyone wants to make beer, they can and should feel welcome. From an executive who works in a craft brewery to a 21-year-old beginner who wants a new hobby or even a new career. Every time you brew, we expand our horizons, our knowledge and our community.

The BA as an organization has struggled to grow in recent years dealing with breweries that have not properly addressed diversity and inclusion and Brienne Allan’s spotlight on sexism and harassment in the industry . However, I’m sure it will continue to adapt to changes, as more and more large breweries like Bell’s no longer remain fully independent.

While I know your role will focus more on the AHA, what changes are needed overall for the BA and will you be able to help participate in that change, and do you think your time away from the BA helped provide an outside perspective on these issues?

My time after my July 2020 layoff was incredibly informative. Yes, it was a time filled with grief and loss, but also a time to see what would happen. I learned to relax more and see the big picture. It was a time of growth and gain in terms of new perspectives, new ways of looking at things. Without having a post-layoff plan, I embarked on a “vision quest” (COVID-cautious style) in my pop-up motorhome. I’ve visited 12 states in almost two months and, yes, I’ve been to many breweries. As a result, today I am more grounded than ever.

My real hope is to get more people to join the American Homebrewers Association and give the gift of homebewing to others as well. In this way, the community becomes even stronger and flourishes more. Today it is estimated that 37,000 people are members and that says a lot.

What does this mean for the future of your consulting firm?

My consulting firm, HerzMuses Enterprises, will be put on hold, and most of the projects I had in the works will no longer be fed. However, I will definitely be highlighting my popular campaign Gray For Good – For All Womanhood. It’s a campaign to divert some of the $20.6 billion that women spend each year disguising our gray hair to instead go to causes focused on ending the gender gap. gender equity.

The COVID-19 pandemic has derailed years of steady growth for Ohio’s craft brewing industry, according to Ohio Craft Brewers Associationthe biennial economic impact study. The state’s independent craft breweries were responsible for a total economic impact of $880.7 million in 2020, down from the $967.1 million generated in 2018. The study, commissioned by the association […]